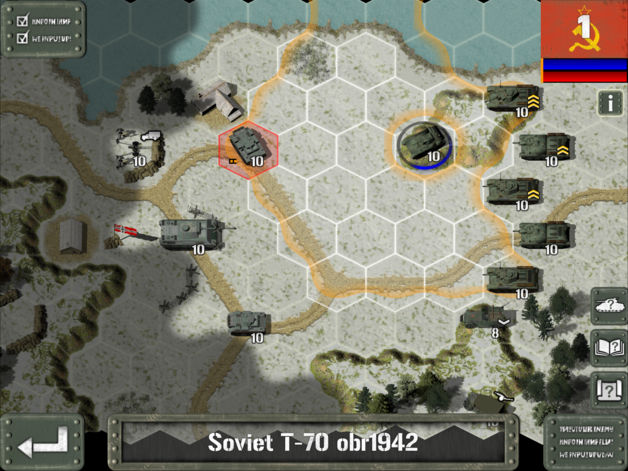 1944 was to be a terrible year for the German armed forces. A year of continuous retreat as the Soviet war machine moved relentlessly west. The summer would see the destruction of Germanys Army Group Centre, a worse disaster than Stalingrad. 1944 was also a year of super tanks with the appearance of the Iosif Stalin 2 tank with its massive 122mm gun and the German King Tiger.

Missions vary from straightforward wipe out the enemy missions, to capture key objectives, to protecting vital supply convoys and repairing broken heavy tanks. There is a whole range of missions to reflect the tactical complexity on warfare on the Eastern Front.

· Play as the Soviets in the 7 Mission ‘First Strike’ learning campaign that ends with two in depth missions.

· Play as the Germans in the 8 Mission ‘Onslaught’ Campaign.

· Play as the Soviets in the 8 Mission ‘Collapse Campaign.

· Play as either side in 2 ‘pass and play’ two player missions.


Thank you for supporting our games!