Drapers for iPhone and iPad

You can download the the latest version of Drapers. 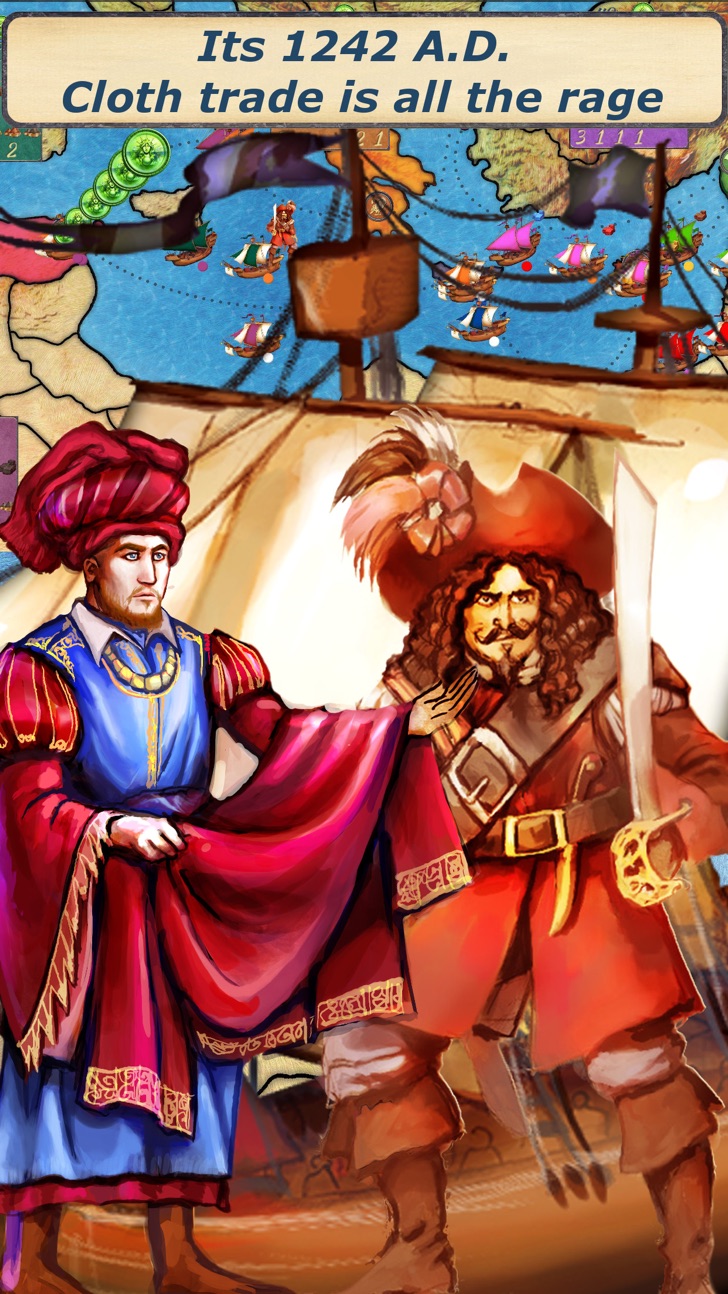 Drapers: Merchants of the old world is a new turn-based multiplayer board game for 1-8 players. Compete against up to 7 other human or computer opponents.
Build your prestige and ranking.

Drapers is a euro-type board game themed around medieval trade and aimed for mid-light strategy lovers (Puerto Rico like game fans). Drapers: Merchants of the old world combines several well known mechanics with some alterations to create a cohesive game play. Highly detailed hand crafted art provides the necessary atmosphere to immerse yourself in the game

Its 1242AD and Cloth trade is all the rage around the Mediterranean. You are playing a novice draper (cloth merchant), just beginning his business in the dangerous waters of medieval trade world. There are others who begin their journey as well, all vying to become the world's most renowned draper, willing to do whatever it takes to get to the top.

Producing high quality clothing is not an easy task you know, even in this modern age. Yet you are not one to shy away from hardship. You are determined to become the greatest merchant the world knew. Good luck.

In this game you will be competing against up to 7 other players, each positioned in one of the great old merchant cities of the Mediterranean sea.

The game plays in turns where in each turn players perform their actions, mostly simultaneously, so a typical turn last only a few seconds. Enjoy.
And tell us what you think!

Although the game contains elaborate help, its not a simple game so we recommend reviewing the complete rules on our site before playing.