We present to you the wackiest team to ever invade your phones, the Toon Squad!► Intense Puzzle Combat!Defeat opposing evil Toons through the time-honored tradition of thrilling ... Read More > or Install Now > 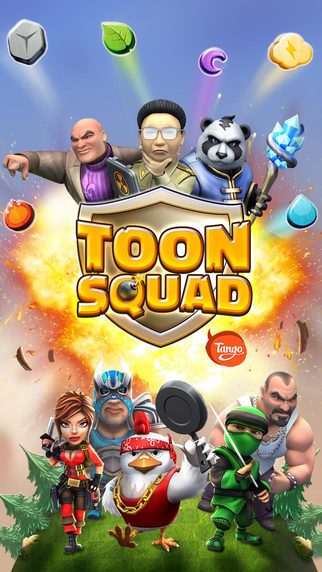 We present to you the wackiest team to ever invade your phones, the Toon Squad!

► Assemble your own squad of fighting Toons!
Recruit from hundreds of unique Toons to form your very own dream team of belligerent misfits!

► Player vs Player Battles!
Export your brand of malicious intent to random strangers across the globe through glorious PVP battles! Strip them of their pride, dignity and cash as you create life-long bitter rivalries!

► Jaw-dropping base-building action!
Construct an elaborate base and be the envy of mad scientists everywhere!

► Stop a diabolical maniac in a campaign of numerous exotic locales!
Stop nefarious supervillains and their henchmen from subjugating your base to conquer the world. If anybody’s going to use your base to achieve complete global domination, it should be YOU!

► Real-time Global Chat!
Talk with players from all over the world and tell them you’re better than them!

Cyber marines, basketball players, space monkeys, pick-up artists, despotic tyrants, skeleton warriors - you name it, we have them all!

Toon Squad is completely free to play. However, some in-game items can also be purchased for real money. If you don’t wish to use this feature, please disable in-app purchases in your device’s settings.

For more information on Toon Squad or other fun games published by Tango, visit us at: http://www.tango.me/games