Think 1.64 for iPhone and iPad 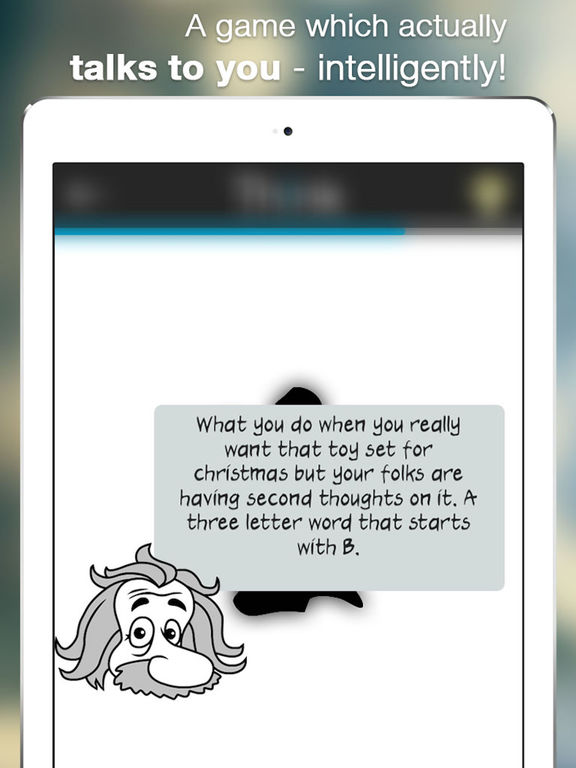 In the beginning, human beings communicated only using symbols.
Language complicated things. Suddenly, there were many words to describe the same idea.

Think attempts to slowly teach the player to think visually and uses these learnings to construct more complicated ideas further into the game. Can you take a look at a bunch of images and figure out what ideas we are trying to communicate?

The game uses a smart, contextually aware hint system and AI which will guide you to the correct answer - instead of just opening out few letters on the keyboard as most other games do. You will find yourself having delightful conversations with the game and trying out various combinations - just to elicit a response from the AI.

With over 500+ puzzles spread over 40+ chapters, this game is sure to pull you in.
Best played with friends and family together. You will rediscover the delight and joy in solving puzzles together - huddled around a small screen for hours together.

A product of love from the proud stables of June Software Inc.