Scrap Force 1.43 for iPhone and iPad

***** Featured by Apple as Best New Game, Best New Strategy Game, and Best New RPG!! *****Scrap Force is a strategy game that puts you in command of a ragtag group of young heroes tasked ... Read More > or Install Now > 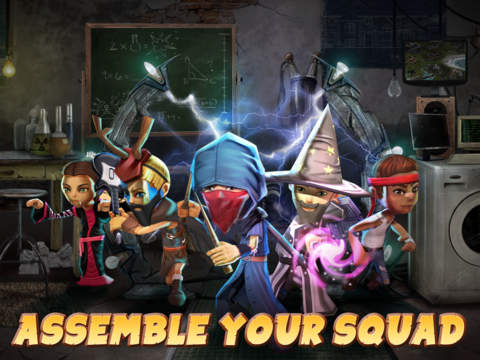 Scrap Force is a strategy game that puts you in command of a ragtag group of young heroes tasked with saving the world from the menacing, interdimensional Obliteroids. You are guardians of the Power Shards, mystical fragments that transform scrap into powerful weapons and armor. Gather the Scrap, Craft your Gear, and Shard Up!

Only you can save the world from Obliteration!

Scrap Force is completely free to play. However some game items can also be purchased for real money. If you don't want to use this feature, please disable in-app purchases in your device's settings.

Problems or suggestions? We love to hear from players like you! Email us at info@scrapforcegame.com