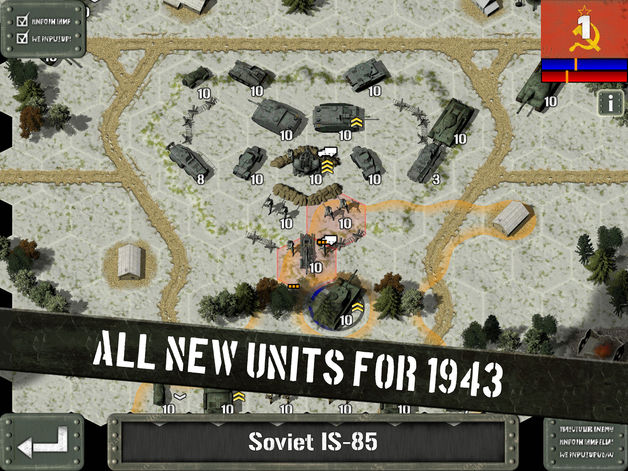 1943 was the year of the great tank battles of World War Two. The Soviet forces are no longer retreating and are now able to go head to head with the German panzers armies in open battle. The Germans, responding to their shock on facing the impressive Soviet T-34, field their ‘super weapons’ with the Tiger Tank appearing in increasing numbers, and by June the deadly Panther Tank.

Missions vary from straightforward wipe out the enemy missions, to capture key objectives, to protect vital supply convoys. There is a whole range of missions to reflect the tactical complexity of warfare on the Eastern Front.

Thank you for supporting our games!