Death Run 1.5 for iPhone and iPad

The funny game "Death Run" is available on the app store now! Developed and published by FingerLegend, the developer of game "Hide N Seek", "The Survival Games" and many other mini ... Read More > or Install Now > 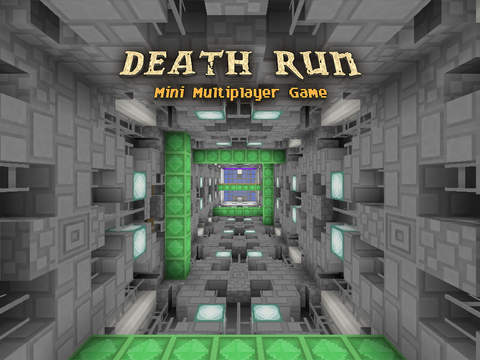 The funny game "Death Run" is available on the app store now! Developed and published by FingerLegend, the developer of game "Hide N Seek", "The Survival Games" and many other mini games.

DeathRun has 2 teams: Runners and Deaths. Both have one simple objective: Death's job is to kill the runners by activating traps at the right time, and the Runner's job is to make it to the end as fast as possible.

Deaths have to kill the Runners. As a Death, try NOT TO target ONE single person, as it is a waste of time; try to stick with a group of at least 5 people, so you will have a higher chance of getting more kills and stopping more people at once.

Features:
- Support servers in United States, Europe, Australian, Japan and Asia.
- Support worldwide multiplayer, up to 24 players can play together
- Support 3 types of view points: First person, third person, third person from the front
- Support many types of texture packs
- Support many types of traps. Air snake, falling stone, piston launcher, minefield and so on
- Well designed game logic. The game can still run even if the owner of the game has left the game
- Good game performance
- Great graphics, you can see the screenshots here. They are all captured in the game
- Support uploading your favorite skins to be used in the game
- Support jumping, extra jumping, dashing, sneaking animations