LEDS is a fun casual game for those who like to test reflexes, focus and powers of concentration.Stop for five minutes, come rest your mind!"This is an awesome puzzle game that will ... Read More > or Install Now > 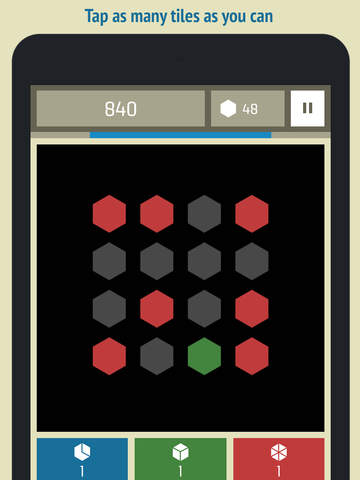 LEDS is a fun casual game for those who like to test reflexes, focus and powers of concentration.
Stop for five minutes, come rest your mind!

"This is an awesome puzzle game that will challenge your brain. Great way to break up your day while still keeping your mind engaged" - APPoDay

The objective is simple: destroy the largest amount of LEDS in the shortest time possible. Faster you go, faster you’ll become the leader in the overall leaderboard.

There is three ways to play LEDS:
* TIMED MODE: destroy as many stones you can in 60 seconds.
* SUDDEN DEATH MODE: how careful are you? One mistake and your game is over!
* ENDLESS MODE (NEW): play as much as you want! No game over here.

There are three different power ups:
* FREEZE TIME: Time will stop during 5 seconds.
* BACK IN TIME: Half of total time is returned.
* CLEAR LEDS: Remove all LEDS from the stage.

Complete missions and earn LEDS to exchange for power ups.
Are you ready to enjoy this beautiful, musical and fun app?