Designed in conjunction with acclaimed musician Adrian Belew, 'FLUX:FX play' is a creative multi-effect processor app for the iPhone and iPod that lets you ‘play’ your effects. Built on the same ... Read More > or Install Now > 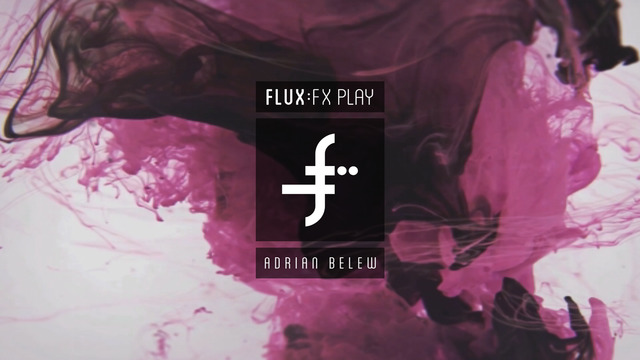 Designed in conjunction with acclaimed musician Adrian Belew, 'FLUX:FX play' is a creative multi-effect processor app for the iPhone and iPod that lets you ‘play’ your effects. Built on the same award-winning audio platform as the master iPad app, 'FLUX:FX play' is perfect for creative musicians and sound designers to manipulate an audio signal into something entirely new, both in the studio or on stage. Guitar, vocals, bass, synth, drums, DJ setup, violin… basically ANY instrument or sound source can be processed in real-time by 'FLUX:FX play', and there are 294 performance presets to choose from.

Important note, PLEASE READ: the main difference between 'FLUX:FX' and 'FLUX:FX play' is that the iPhone version does not contain the full deep editing features for the effects and sequencer. It CAN however share the exact same performance presets, and so you can in fact create custom presets on your iPad version and import them into 'FLUX:FX play' via Dropbox. This app is compatible with iPhone 5s, 6, 6 Plus, 6s, 6s Plus and iPod Touch 6.

Some key features of 'FLUX:FX play' -

TRULY CREATIVE EFFECTS: 31 studio-quality effects built-in. Up to 5 are chained together within the many performance presets for maximum aural impact. Almost 300 performance presets are included in the app, ranging from subtle, transparent & traditional through to 'way out there', obnoxious & destructive.

POWERFUL SEQUENCER: A step sequencer is programmed into many of the performance presets, adding a completely new and fluid dimension to the sound.

TRANSPARENT INTERFACE DESIGN: 'FLUX:FX play' has a beautiful, minimalist interface with easy-to-use controls that are MADE to be touched. And swiped, and dragged, and tapped. No fake road-worn pedal graphics or tiny dials here.

MADE BY EXPERTS - conceived and created via the combined talents of guitarist extraordinaire Adrian Belew, audio software developers ElephantCandy and mobile specialists MOBGEN°.

PLAYS WITH EVERYTHING - Audiobus compatibility, Inter-App Audio compatibility, MIDI, virtually all the audio interfaces… they just work with 'FLUX:FX play'.

COMPLEX SOUND, RIDICULOUSLY EASY TO USE - chopping, shaping, crushing and looping – 'FLUX:FX play' can take you from subtle modulating echoes through to wrecking-ball destruction, all with a swipe of a finger.

Praise for FLUX:FX -
"It's really awesome, and the SFX and way to automate things is splendid. I love the GUI too, very nicely laid out." - Richard Devine: producer, sound designer, film & game music composer.
• Best of the best - Red Dot design 2015
• "It's the one by which others will now be judged" - Paul Nagle, SOS magazine