ComicBlitz 1.2.3 for iPhone and iPad 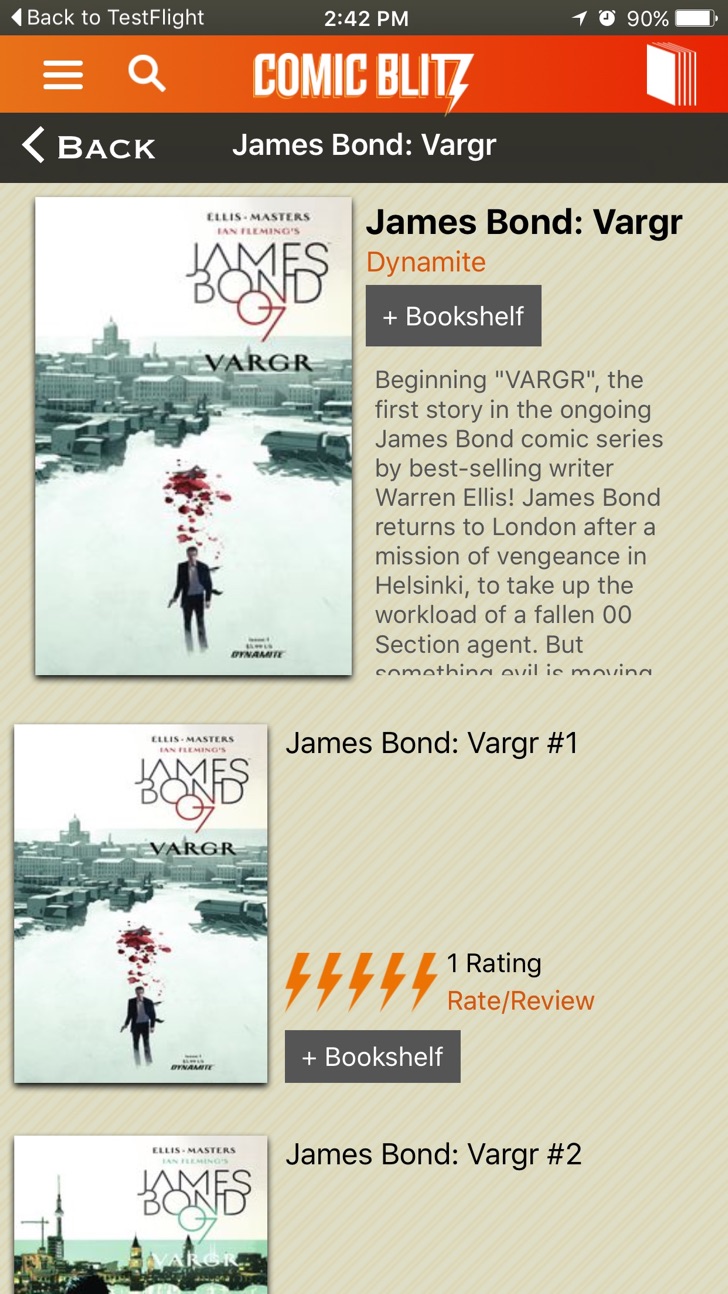 We offer an ever evolving catalogue of outstanding, award winning content from the best publishers in the industry, such as Valiant, Dynamite, Action Lab, Top Cow, Zenescope, Aspen, and many more!

- Unlimited access to thousands of digital comic books and graphic novels every single month!
- Stream as many comics as you want as long as you're connected to WiFi!
- Download up to 1GB of comics for offline reading!
- Save books for later on your Bookshelf!
- Create custom reading lists!
- Rate and review whatever you read!
- Closed the app? Start again right where you left off!

Get the free app as part of your ComicBlitz membership, and you can instantly read thousands of comics and graphic novels on your iPad, or iPhone.