DO Note is a personalized notepad for the notes you take most frequently. Save time by connecting DO Note to Evernote, Google Drive, Gmail, Facebook, Tumblr, Twitter, Dropbox, Slack, ... Read More > or Install Now >

Do Note by IFTTT App / Specifications

More About Do Note by IFTTT App 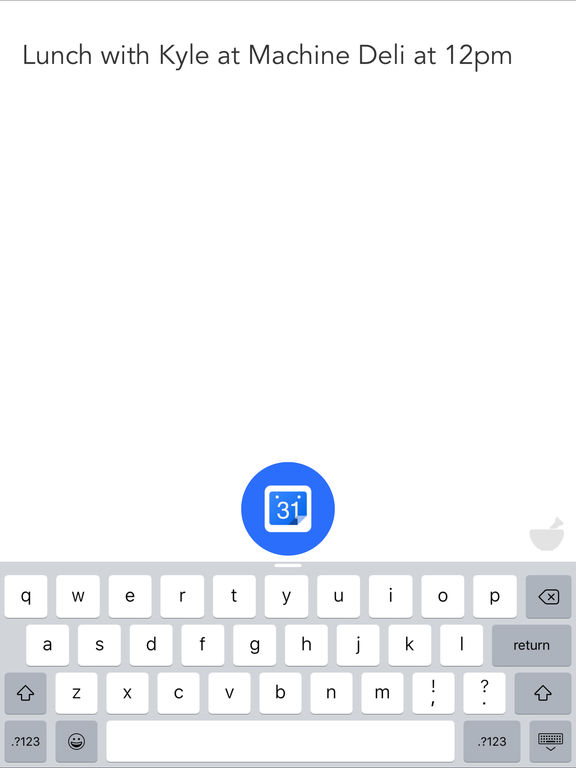 DO Note is a personalized notepad for the notes you take most frequently.

Add the DO Note widget to your notification center for lightning fast notes!


Popular ways to use DO Note:

+ Create an event on Google Calendar
+ Save short notes on the fly with Evernote
+ Post status updates to Facebook, LinkedIn, Twitter, or Tumblr
+ Set the temperature on your Nest Thermostat
+ Add to a shopping list on Google Drive or Evernote
+ Keep a list of potential recruiting leads in Dropbox
+ Make a packing list on Google Drive
+ Send a message to a Slack room
+ Add new tasks to Todoist
+ Thousands more Recipes!


More apps you can connect with DO Note:


What people are saying:

“The suite is called DO, and it represents a fundamental rethinking of not just IFTTT, but the very way apps work on our phones.” —BuzzFeed

“It’s a more dynamic notepad, where you can send one line to a particular to-do file in Evernote, and another to Twitter, and another to a Google Calendar to create an event.” —TechCrunch

“DO Note does things with snippets of text you jot, such as posting them to Tumblr, logging your weight in Fitbit's app, or creating a grocery list in Google Drive.” —Fast Company


Learn more about what DO Note can do for you at ifttt.com/do